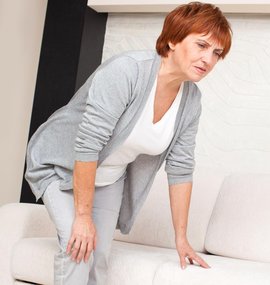 If you have ever relied on a family member with arthritis to predict an upcoming storm, you know there must be some kind of link between change in weather and joints.

In a study done in Brazil, the influence of air pressure, temperature, humidity, and moisture (precipitation) was evaluated on pain, joint stiffness, and function of the hands in patients with osteoarthritis (OA). These measures of weather are referred to as meteorological variables.

They did the study including 32 patients with known hand osteoarthritis (OA). Each patient filled out a survey answering questions about their hands. They did not know the study was about the influence of weather on hand arthritis. They answered questions like, How much pain (or stiffness) have you had in your hands? They completed the same survey three times a week throughout the months of July (summer) and November (winter).

In Brazil where this study was done, July has the lowest average temperature and higher relative humidity than any other month. November has the highest temperatures with low atmospheric pressure and humidity. Those features make these two months the most logical ones to select for a study on weather and arthritis affecting the hands.

After each patient completed the surveys, they compared the patient responses about pain, stiffness, and function against meteorological (weather) records. The patients ranged in ages from 45 to 77 with half being younger than 60 years of age. There were men and women included from all levels of income. Some were underweight while others were overweight. In other words, the patients included came in all sizes, shapes, and backgrounds.

The two weather factors that had the greatest effect on hand arthritis were temperature and humidity. In fact, there was a significant relationship between temperatures the day before and the day after changes in hand pain. Some patients (but not all) were affected by atmospheric pressure. The effect was most noticeable on hand function.

But the most interesting finding was that not everyone was affected in the same way. As you might expect, the lower the temperature, the more pain and stiffness with decreased function was experienced. But this wasn't true for everyone or even the majority of patients. And remember, they did not know the study was about the influence of weather on their arthritic hands.

Some patients had improved symptoms when the temperature went up while others felt worse. It was the same with changes in humidity and atmospheric pressure. There were both positive and negative correlations between weather elements and arthritic effects. The question then becomes how to explain the variations in responses to weather?

The authors point out that whereas it is possible to measure changes in weather very specifically and accurately, patient perceptions of pain, stiffness, and function are subjective. Depending on mood, individual sensitivities, and what may be going on in the person's life, ratings of pain, stiffness, and function could be over or under estimated. And the influence of medications being taken by the patients should be considered.

In summary, this study shows that weather does have a correlation with symptoms associated with hand arthritis. But individual sensitivity is very different from one person to the next and cannot be predicted. The authors suggest further study is needed before the exact relationship between weather and hand arthritis can be fully understood. 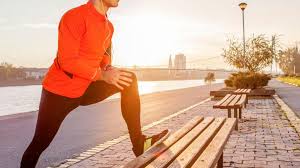 Newsletter Sign-up
No referral needed
Make an Appointment
Request an Appointment
Close x
Sending...
Your message was successfully sent. Thank you for your time.